Christine made a delicious chicken broth using 3 chicken legs so here’s what I did with the left over chicken.

It obviously needed some taste since the boiling took most of the flavour out of the chicken. A curry was the obvious answer.

I had also been searching for cardamom seeds and of course I sought Mr. Fitz’s advice and I hate to admit it but he directed me straight to a source that I argued would not have them and they had :-(!

So I searched for a recipe that concentrated on cardamom seeds and this is what I did:

I slowly cooked a couple of sliced onions for about 20 mins.

While this was going on I minced together a few cloves of garlic, a piece of ginger, and a large green chilli and the stalks of a bunch of coriander ( the leaves I kept for garnish ) added it to to the pot and cooked for another 5 mins. I then added a tsp each of turmeric, cumin and garam masala and cooked for another 2 mins.

A can of tomatoes was then added with a can of water, a cinnamon stick, a few cloves, a small pot of yoghurt and about 4 tbsp of double cream. This was simmered for about 40 mins.

I didn’t have any poppadoms or naan bread so while this was going on I toasted a few tortillas in a dry frying pan.

I served the butter chicken with the coriander leaves and the toasted tortillas.

It was OK. But will I cook it again. I don’t know. I will need to think why it wasn’t great and make some adjustments. 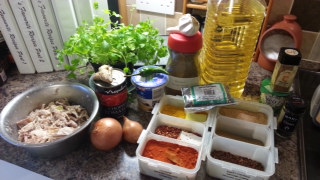 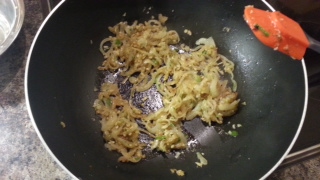 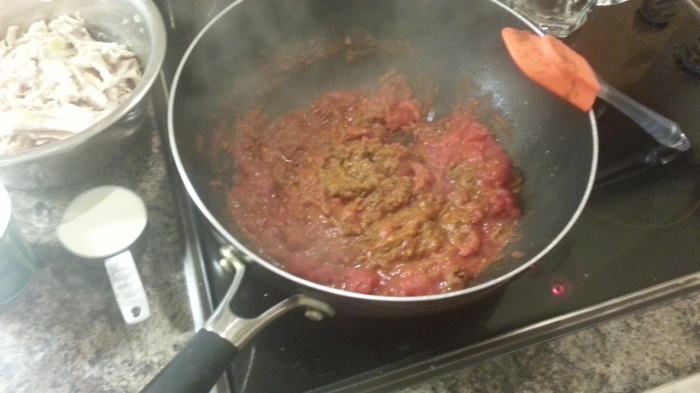 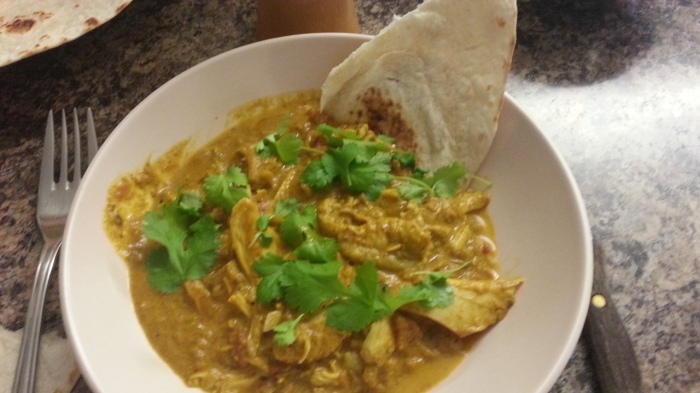