It’s decadent… I admit it… Yet when you can lay your hands on a good priced yet still high standard piece of prime rib with the bone it just has to be done!

That’s what happened on my visit to Waitrose.. The butcher (I forget her name).. was just marking down a piece of Hereford beef.. there was only one rib left from the joint you see.. so it was marked down to sell..

they were out if marrowbone though so no marrow bone butter.. Shucks!

A quick call to my attorney to clarify a Chimchurri recipe ( he is quite the aficionado you see..).. out of oregano though , so swapped it out for black truffle.. well if you are going decadent!!

Keeping decadent .. sliced a great spud I was given the other day from the fantastic butchers in earls barton..

boiled in cider vinegar and water for five minutes, left to cool , beef dripping and herbs de Provence scatter over them, into a hot oven fir about twenty minutes, cooled again.. then a final outing into sunflower oil in the wok to crisp up.. NOW TELL ME THATS NOT DECADENT HUH? Hahaha

The cote de boeuf simply fat side down first in the iron pan.. , then turned and buttered ( told you this was a decadent number!) every two minutes.. Six times.. I would have gone a little rarer yet Mrs Fitz was happy with this. So that’s cool.. 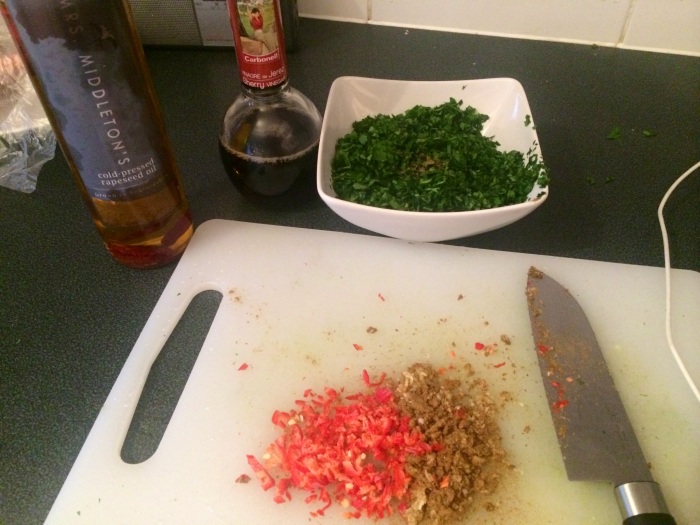 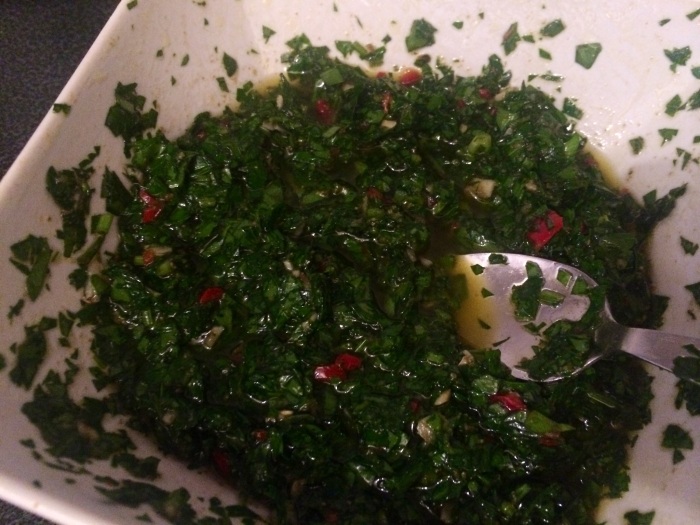 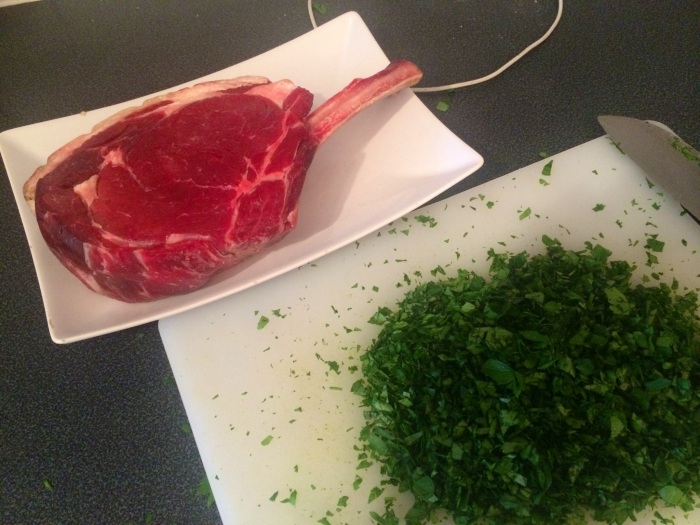 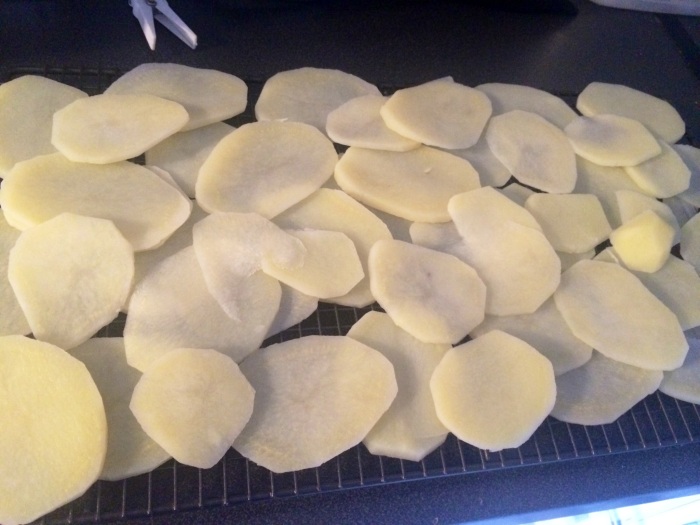 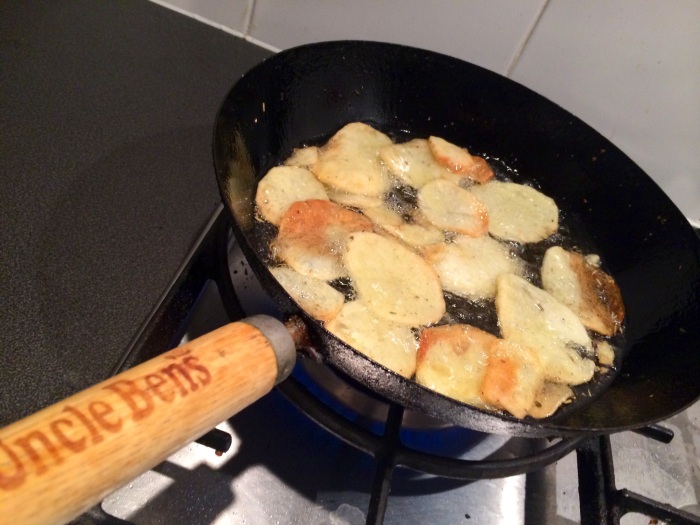