Sometimes Sundays just need a sunday type lunch.. And how about a spatchcock chicken? In a butter and herb marinade.. Roasted in the oven straight on the bars.. above red duke of York spuds.. that have been cut almost through so they fan out and become that lovely hybrid spudula!

The chicken was pre spatchcocked and marinated .. So that was easy!

The red duke of York potatoes.. Placed onto a big spoon and sliced.. The spoon means that you don’t cut through the spud..

Splashed with Lebanese pimped mrs Middletons oil.. Garlic and garden rosemary .. Placed into the tray the chicken came in.. Underneath the chicken.. Perfect!

The oven whacked up to crisp up the basted spuds..

Fresh corn on the cob.. With a chilli , butter and pepper seasoning..

And a ‘gravy’ of tamari and veal jus.. Used a French dip for the chicken and the spuds..

A very happy .. Get involved supper! 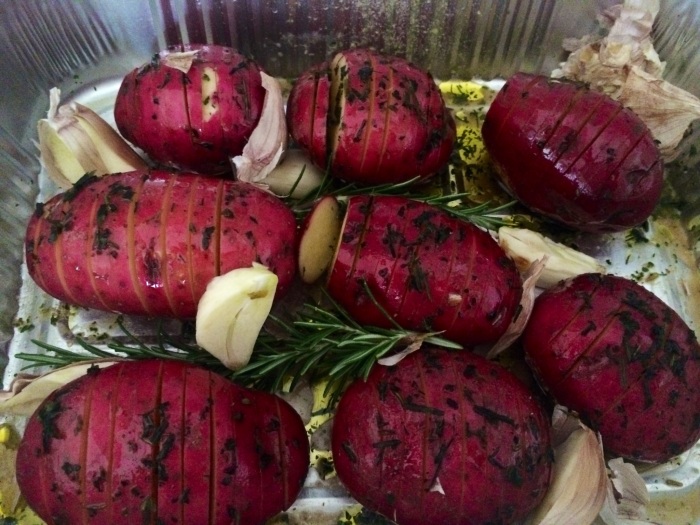