And I also am rather partial to crispy beef in a chinesey kinda way..

It’s always my ‘tester’ for a chinese restaurant .. One of those make it or break it numbers..

As its Chinese New Year I suppose we really should have something along those lines..

A with a fantastic bit of hanger steak.. A rare piece to lay your hands on as one you need a butcher that has carcasses .. And two there is only one bit hanging in there!

Trimmed of as much sinew and fat and you dare.. There is also a kinda filmy bit that needs peeling off.. be careful though as you may year the meat..

Then into strips against the grain..

Marinated in cornflour, double dragon self raising special flour and Japanese soy sauce.. Shouldn’t really have left in as long as I did..

it’s still cool though.. 👏 fried off in straight up Mrs Middletons oil in Uncle Bens wok.. I love that wok..

Did I ever tell you that I got it in the year 2K ? It was a gift with so hard of sauce.. Whatever happened to those kind of promotions ?? 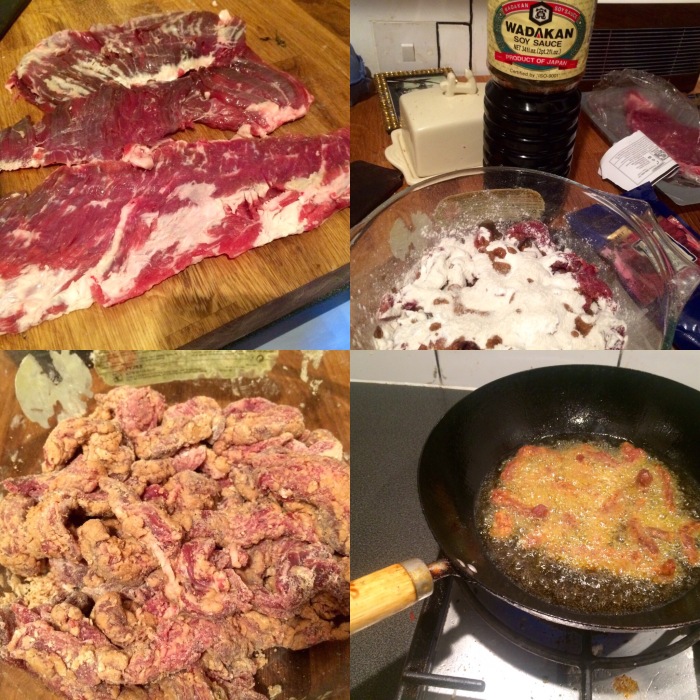 Once drained off .. On IKEA paper of course! Brown paper really does take the oil away without making fried things go soggy ..

Then back into the now wiped clean uncle bens wok .. With some green onions.. Sliced French fat garlic.. And half a jar of lee kum kee.. such an excellent brand that stuff.. The choice of chefs, cooks and Michelin stars..

Every thing they sell rocks in my opinion! ( although admittedly I have no idea what to do with more than two thirds of the ones I have seen in the shelves!).. 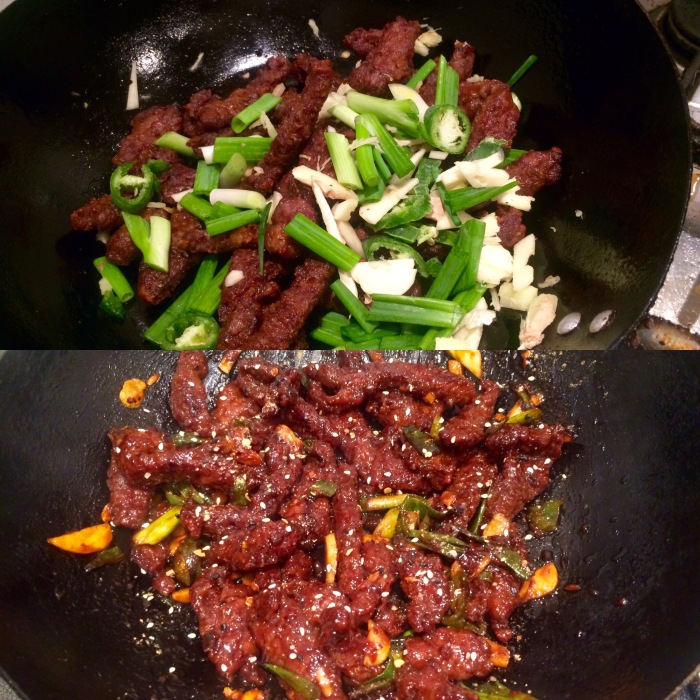 Uncle Ben also provided the Chinese rice that chef ping hotted through for us..