So let’s eat things like what we think we may get? Perhaps..

With some cans left over and open ( minus the ‘snotty’ one! This turned out pretty darn nice.. Admittedly a little pomegranate on the top would have been the icing.. Never mind.. Still darn delicious..

Starting by some tincy mutton chops.. Just the eye of the meat left…

Browned off and turmeric plus Patagonian purple garlic and Chinese ginger added..

Those cans added.. One being aubergine and tomatoe based and the other the ghormet sabzhi stuff .. Which I have decided is like a bitter Karson saag..

Salt and pepper added for seasoning along with chopped preserved morroccan lemons..  ( I had a very middle-class problem of not being able to find my Iranian dried limes!!)..

Indian pink onion added too.. We really love them!

Then a drained can of borlotti beans..

Man! We are travelling the globe in this one for sure!!

All slo-cooked on high for three hours..

Meanwhile a bread dough made up.. 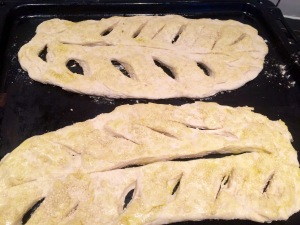 Baked hot for twenty or so minutes.. That’s all it takes..

The main cooked piping hot.. Not pretty this .. A little swampy even! 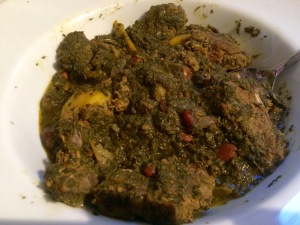 Tastes superb.. I reckon even the grouchiest sultan would hum in appreciation .. 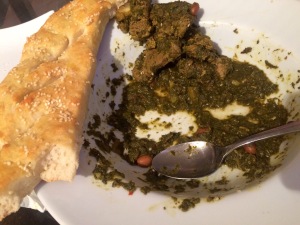