Contrary to many beliefs .. Just because we live in England doesn’t mean we eat a lot if fish and chips..

Very much the opposite !

Sure there are the romantic notions of fish and chips by the sea.. (And it does taste better by the sea! ).. Yet we don’t live near the sea..

Yet with all the will in the world Mrs Fitz struggles to get me to eat fish at all .. I just don’t like it..

I think it has to do with the way it’s caught.. The big nets and ‘drowning’ in air and all that.. It’s pretty gruesome !

And I don’t think that line caught is any better really.. If I did that with chickens someone would say its cruel…

Anyways enough .. Off the soapbox and into the frying pan.. And the oven..

Some kinda white fish for me out if a frozen box.. I dressed it up a bit by adding iberico pork fat.. It worked..

Skinny fries .. Fried fresh and topped with salt and vinegar ..

Petit pois simmered with fresh mint as the veg..

Fish and chips… Still not a fan… 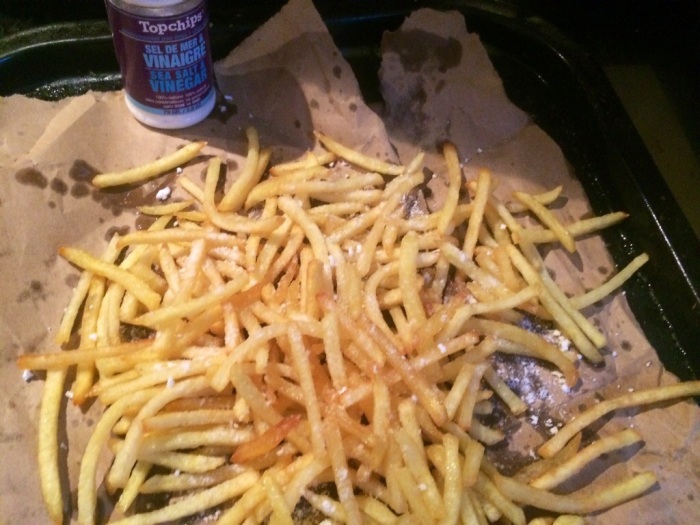