Run by Chicago Food Planet. Was hoping for a great insight into those hidden gems in the neighborhoods, the chosen neighborhood for this tour? Bucktown & Wicker park ..

Was told that we would ‘explore this unique artists colony that has slowly evolved into a hidden foodie paradise. Enjoy delectable foods from six authentic mom-and-pop restaurants and ethnic eateries’…

Met the tour leader at first stop: Georges Hot Dogs established in 1948.. Was it good? It was ok I suppose.. I think I preferred the dog from Max’s..

3 – Goddess & grocer.. Run by the goddess of catering for the stars.. We had like a salad thingy.. Cold.. Regular.. Never mind

5- Sultans market.. A middle eastern deli and store.. Falafal here.. Now you know I make falafal.. Sure the bread was nice.. I understand it arrives fresh every day.. The tour guide said it would be so puffy and soft that you could take a nap on it.. NOPE! I wouldn’t want to stay over at their place if that’s what they cal puffy!! Sheesh! X and the salad and tahini was so so so fridge cold it was nasty!

Last stop 6- iCream.. Tis was quite cool(haha sorry bout that).. They make the icecream fresh with a cryotech nitrogen number.. Pretty neat.. Time consuming as every order is made ‘fresh’.. Nice concept though.. Something the doc from back to the future would have made..

The tour finishes on this one, was it any good? No not really.. Inbetween this we walked an looked at houses.. A food tour?

Nope.. A houses too with a poor selection of snacks.. Yes indeedy.. This was not a food tour.. Disappointing.. Nice walk though.. And met a lovely chap from Singapore, Joel, and a delightful couple from Australia Julian & Mia.. They also thought there would have been more talk about food.. Not houses..

Caught the subway train back though! Pretty proud of that! X 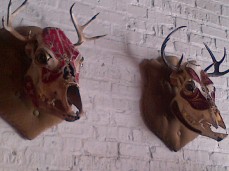 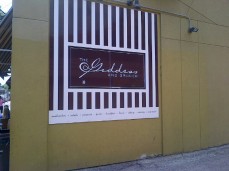 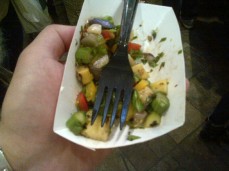