some may read that and not be sure about it.. Must say that I could have written it differently .. Yet let’s not beat about the bush ( or pig pen!)..

These fats are not bad for you in moderation .. Far better than margarines and the like.. Seriously..

The ruff puff was made by adding 200 grams of plain flour with 100 of organic unsalted butter and 100 of pork lard..

200 ml of cold water and a pinch of salt brings it all together.. It doesn’t seem like it will at first yet it does indeed..

It’s then rolled and folded and rolled at least seven times.. Ok I admit already that it’s much easier to buy store pastry.. Yet that’s not the result I was looking for..

The meat was good quality free range red ticket sausages, stripped of their skins and extra herbs, dried onion and white pepper and a grating of nutmeg added.. Great flavour ..

Rolled out.. Brushed with beaten egg..

Baked for longer than I thought.. I think we need to test the oven as its losing heat.. It must be.. There was an extra 14 minutes in top of the required twenty.. 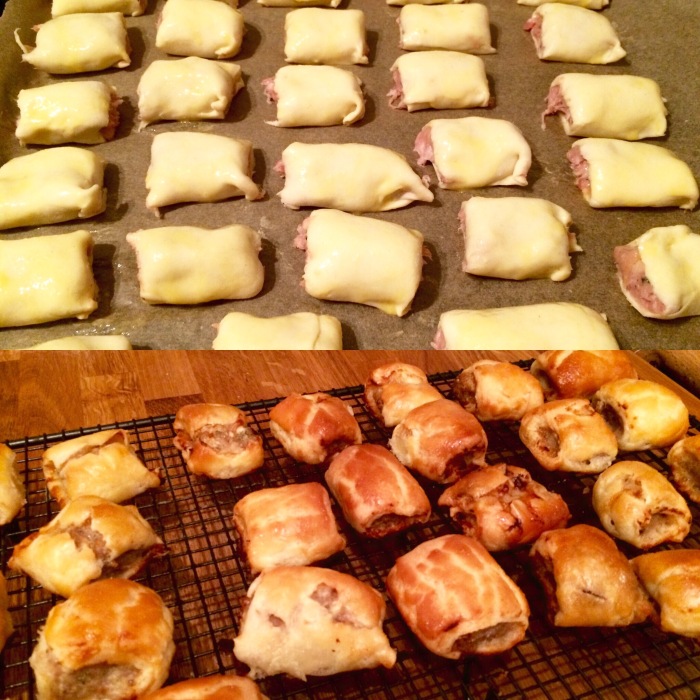 They don’t rise that much.. Gotta be the folding and the heat of the oven..yet OH SWEET BABY JEEZUS!!!

These are stoopidly rich in flavour!!

Only a few can be eaten at a time..

The hounds ( and Cora Murley in particular).. Were over the moon!!

Nozzles in the air sniffing the whole kitchen.. Great sausages roll hunters them bassets I tell ya! 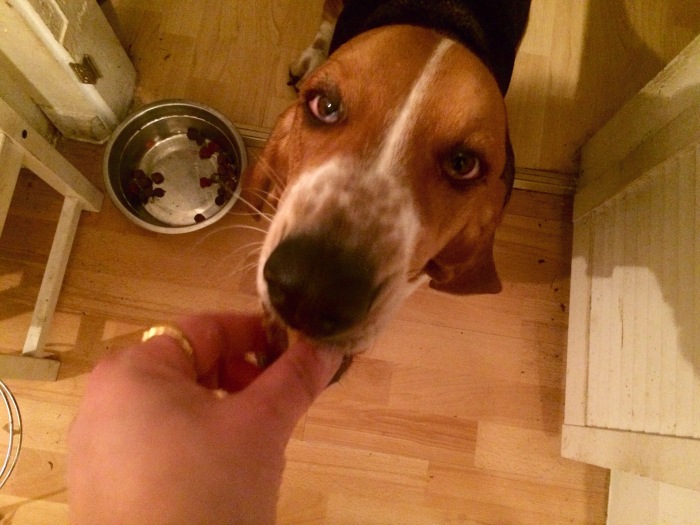