Had these great pork hocks from Butcher Dave.. They were starting to get a little ‘sticky’ so better get ate !

So kinda butterflied and the meat slashed , seasoned with the following:

Anyhoo.. All dusted on and then tied up badly with string.. Had to borrow the string from me ol’ pal Jack.

Swapped some trotters for the string so that’s fair I reckons ..

Was a wee bit nervous about it .. Yet should not have worried at all.. It was beautiful.. All crackly and inside all softy and porky ..

To serve with? Dunno the real name yet this is Mr Fitz take on French peas, chopped shallots, Roscoff garlic, gem lettuce halved , stock butter and a can of petit pois.. I love this dish.. It’s seriously very good.. I really don’t know why . ?!?!

The pork had a final flourish by flambé with calvados.. Then roughly hacked and snaffled by me and my pal Ben..

This was a tremendous supper.. Drunk with a very nice bottle of Gavi.. A great meal.. Just great.. 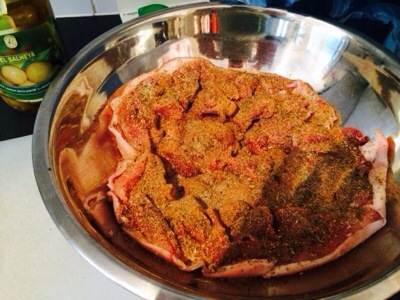 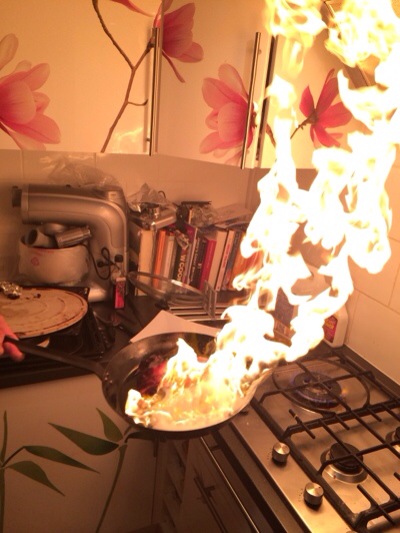 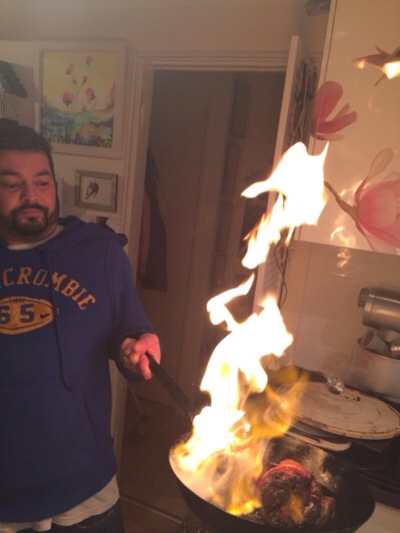 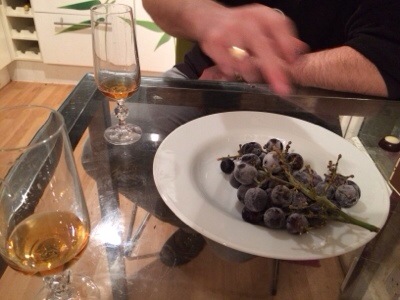