Pie club.. A secret that needs to be told..

Well this is different … You HAVE to talk about this pie club man!!

Mrs Fitz heard about this from a pal.. Seems that it’s been going for ages yet we never knew.. And it’s just down the road from us in the fishing lakes .. Literally across the canal and a bridge away!!

So we booked .. Let’s call it early valentines without the fuss?

Upon arrival.. You have to be there before 19:15hrs.. You pay your ten pounds GBP.. And get a free drink for that too. Already that seems like deal huh?

And I must say greeted real nice.

All homemade including the pastry..

Went for the steak and mushroom pudding as it’s not a pie I would make.

Mrs Fitz went for the minced beef and onion..

Nope! These were great !!

You choose your pie and then help yourself to veg.. Real mash.. Real chips!! ( more on them in a mo..)

Carrots., not from frozen . Peas and creamed leeks. Gravy too.. Am sure there was a pinch if Chinese give spice in there.. Dunno.. Something stayed with me though.. Humph..

Now the good thing here is that once all are served and sat.. You get to go back and have seconds!!

Only problem here is. It’s seconds of what’s left.. The veg pie was left, and can kinda see why.. It was a bit runny..

I tried the Pulled pork and mustard pie.. Pulled pork should be in a bun.. Sorry yet I think it should. People seemed happy with it.. Just not my taste I guess?

These took me back to my childhood.. They were just like the chops that the Chinese takeouts used to sell.. I have spent many a conversation with pals talking about how great they were!! Everyone remembers them..

Ok.. Onto deserts .. I have to say desserts as agin their were five on offer.. So of course I had to try four..

3 I got though.. Ahh ! Mrs Fitz seemed to adopt the cheesecake.

Still the treacle tart, pineapple upside down cake and jam roly poly was great .. A bit more jam needed in the jam roly poly.. The best one? Treacle tart I reckons..

All homemade again.. And ok a bit like school dinners., yet blinking good school dinners!! I could see these being served in a classic English club..

Suppose this is one .. Pie club!

The chef Nicola wax great Attending to every table to check all was well , without being in your face.. You know those moments. When you can see the chef coming your way and you just groan!!

Well the only groaning tonite is my waistline!! 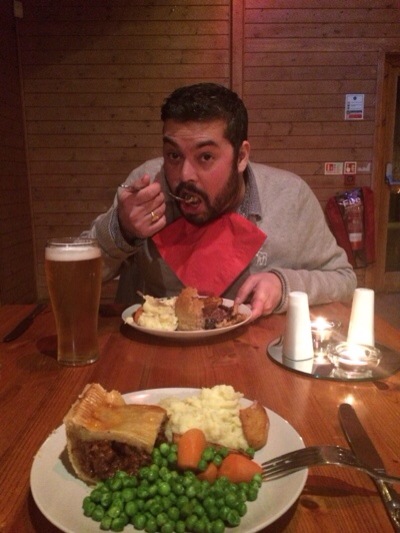 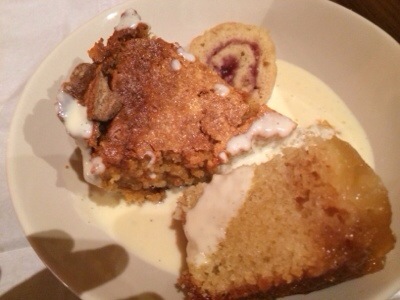 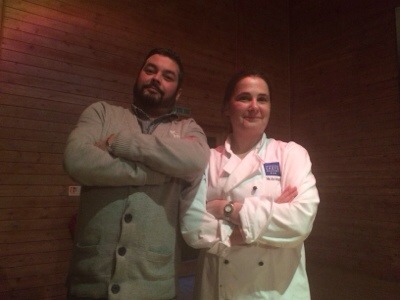