I’m getting the ‘haven’t cooked for while’ itch.. Even maybe it’s becoming a scratch… Annoying..

The food is also starting to grate me a little… I gotta refocus..

A good lunch though .. Made a nice break in the working day..

Followed by an onion soup .. That was tasty..

Carnitas .. I still think the skin should be crispy on a pig.. Soft and chewy is ok. yet crispy steps it up.. The corn tortillas are good though.. !

A desert of pastry with honey… Pretty cool..

A nice walk into what I think would be called downtown? Great to see all the people wandering and enjoying themselves .. Really nice ..

Had been told by a couple of people about this place..

It looked lovely inside.. The decor .. The outfits the staff wore.. All good!!

Started with chips and guac.. Really not as good as last nights..like at all!!

Them into something I cannot remember the name of .. It began with a ‘P’..

It was a strange combo .. Supposedly chorizo and potatoes.. In a kind of what was vaguely like a BBQ sauce ?? With a piece of avocado and a strip of lettuce ..

Like they had watered it down ? Is that the right word? I hope you get what I mean? No zapp-zippp-zoogly.. (That is real words by the way..).. 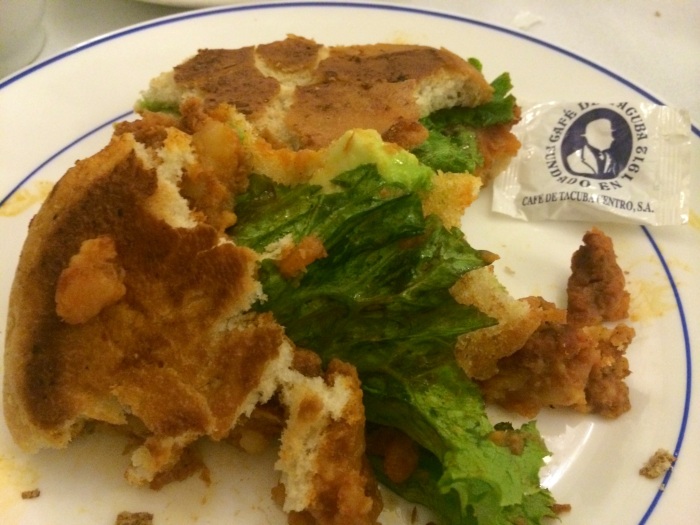 I left it… And left the casa… Humph…

Their candy was good though..

And the churros on the walk back? Proper street food .. Proper!!! That put the smile back on my face !! 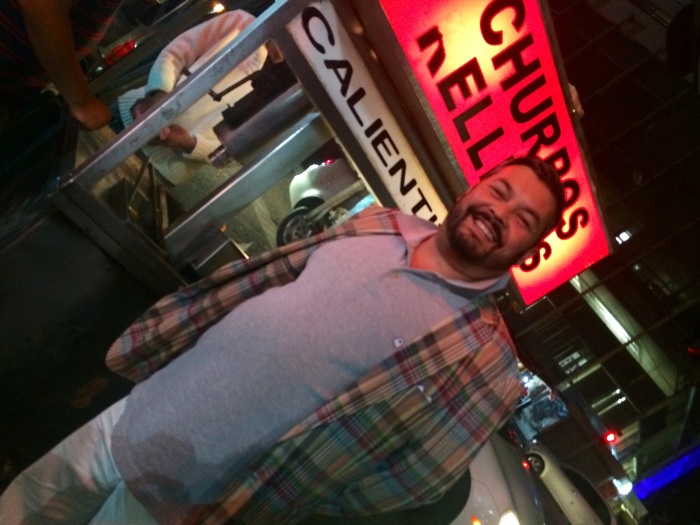 Am heading out of the city tomorrow.. In the evening.. Let’s hope the food steps up.. Gets into the ring and puts up a great flavour show..

Will keep you posted on what happens..