Yet what to eat?

There are lots of traditional things I think you are supposed to eat.. Round things.. That appears a lot.. My pal at the novice gardener had a good list.. She mentioned coin shaped things.. Pretty lucky then that we had round things too!

Lamb has always been a New Year’s Day tradition as far as I can tell..

yet I fancied mutton.. I do like mutton.. Especially these chops.. Back chops with the. ‘Tail’ cut off..

Yet first the accompianiants .. Or accomplices !

Le petit paniere makes awesome food.. And these two dishes are borrowed and twisted from there..

Aubergine.. Chopped and sliced.. Lots of oil into the pan.. 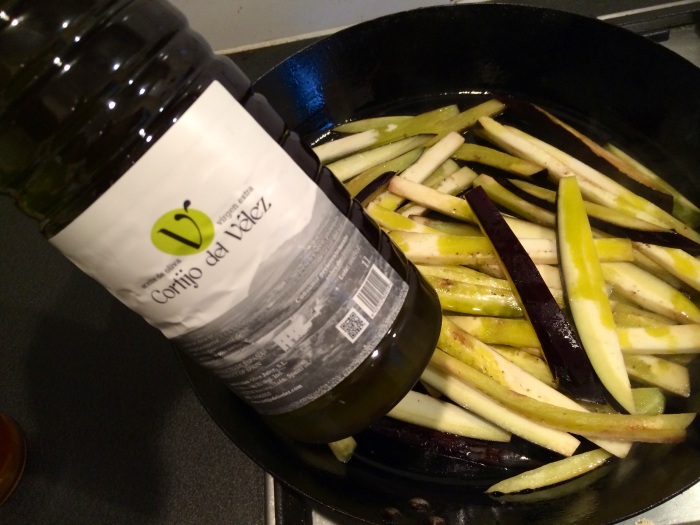 Once Goldeny then put into a colander .. Onions done the same in more olive oil.. 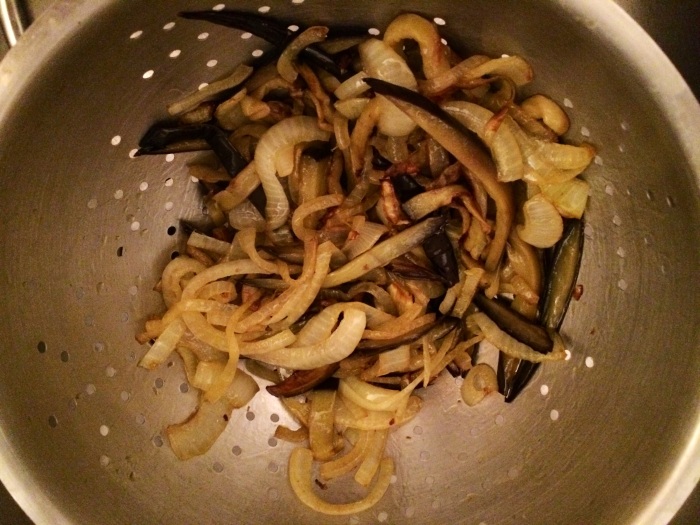 I am loving this olive oil.. It’s delicious!

Then long Turkish peppers.. Two types.. Blackened in the pan.. 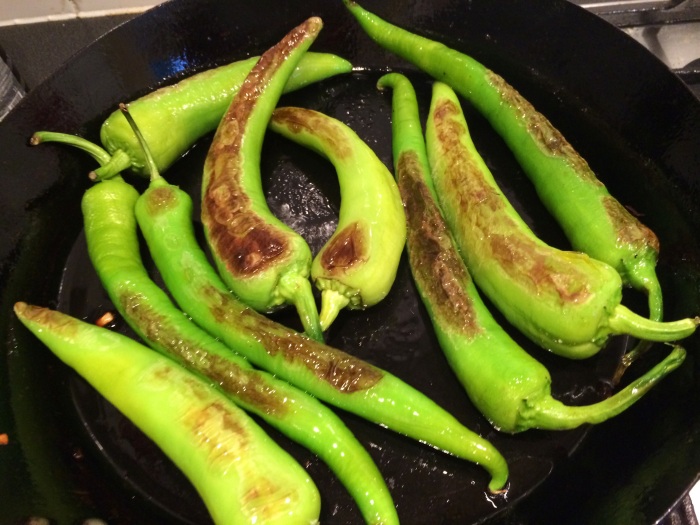 Covered in cling wrap to sweat it out.. 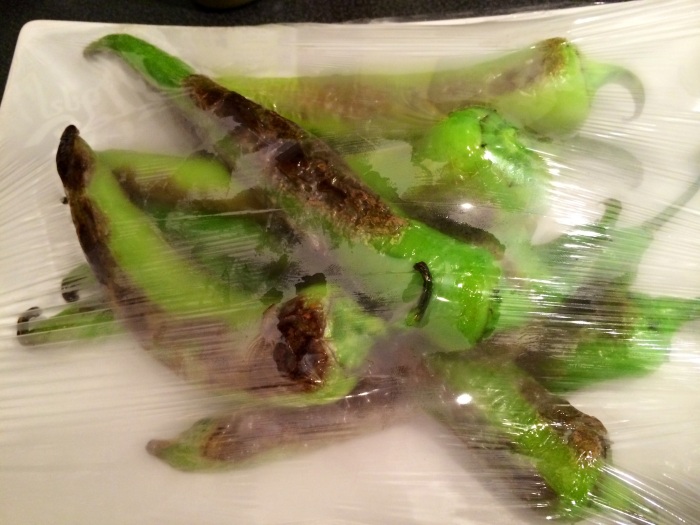 Then the long task of removing as much skin as you can manage.. then de seeding also.. 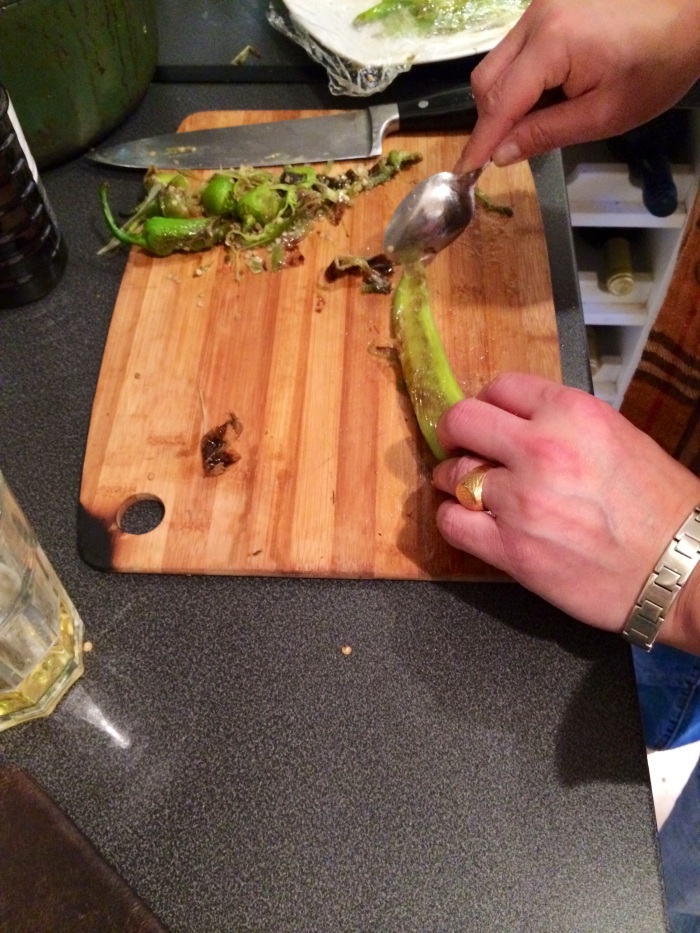 It’s time consuming yet the end product is delicious! 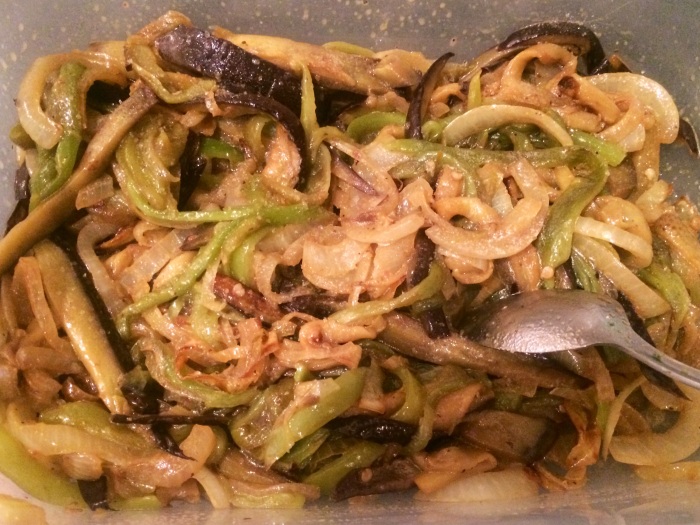 We are out if balsamic so had to use up a newmans balsamic salad dressing it worked though..

Then more of that delicious olive oil.. This time with harrisa, cumin powder and black pepper .. Heated up.. 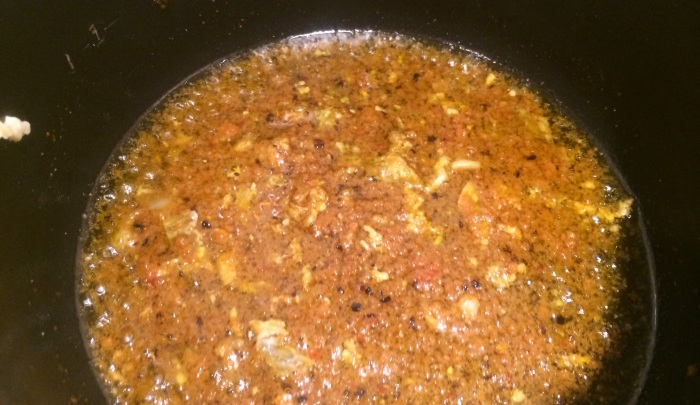 Carrots in with coriander.. 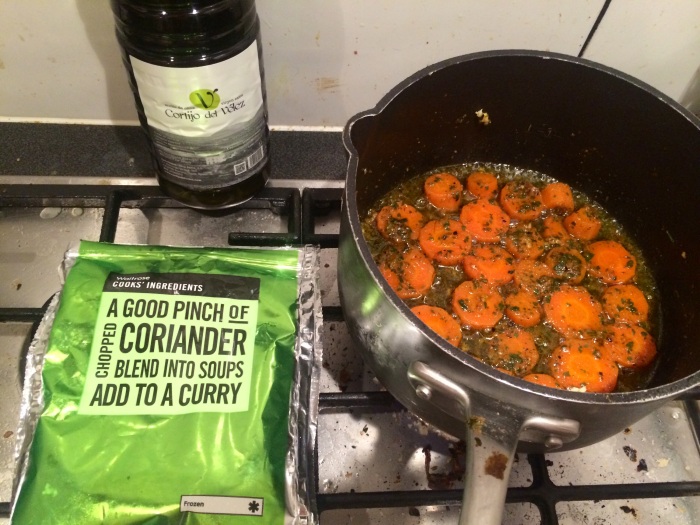 There was enough if that lovely mix to add chopped pre roasted Brussels.. 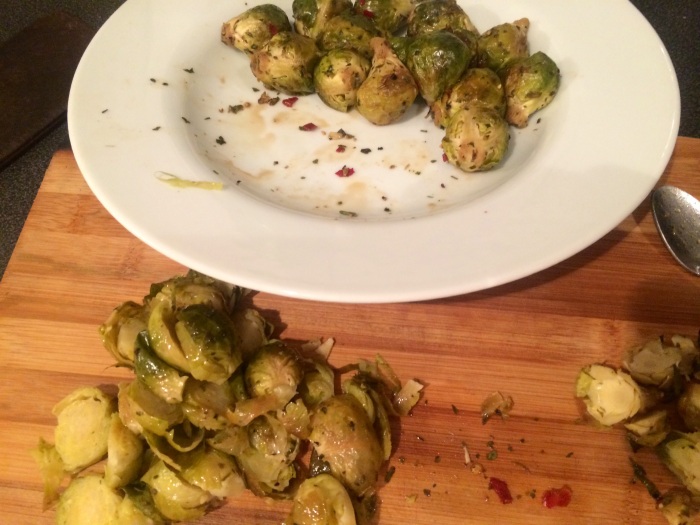 They had been plucked from their stalk.. 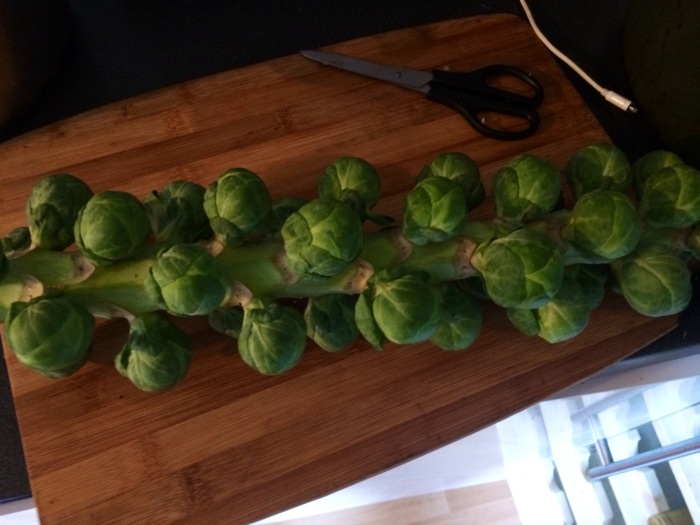 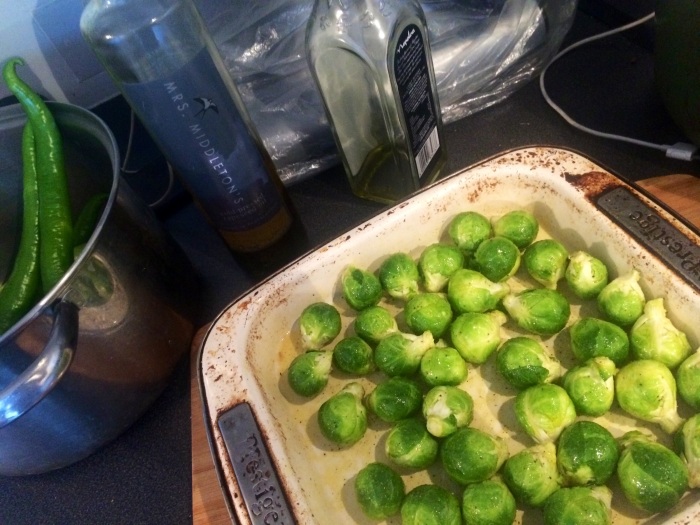 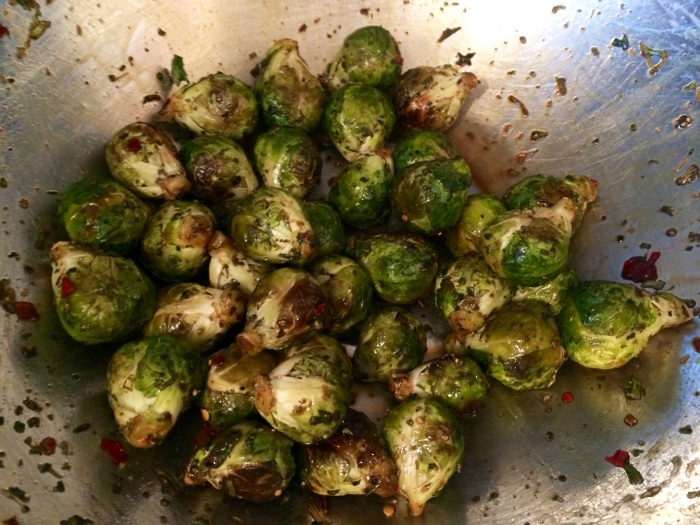 And they are round too!

A chopped salad with the addition of Arabic salad seasoning.. 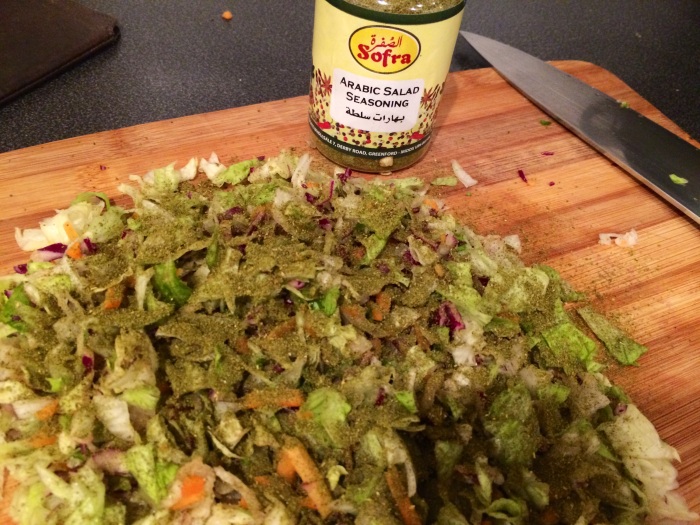 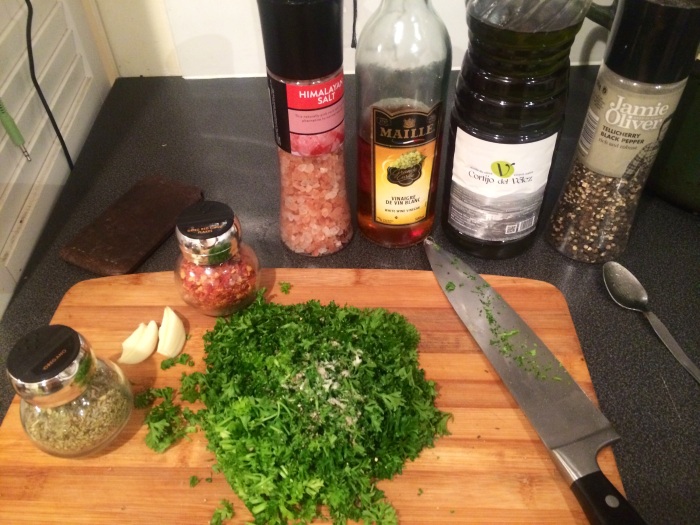 That’s the good thing about New Year’s Day apart from James Bond on the telly there’s not much else to do! 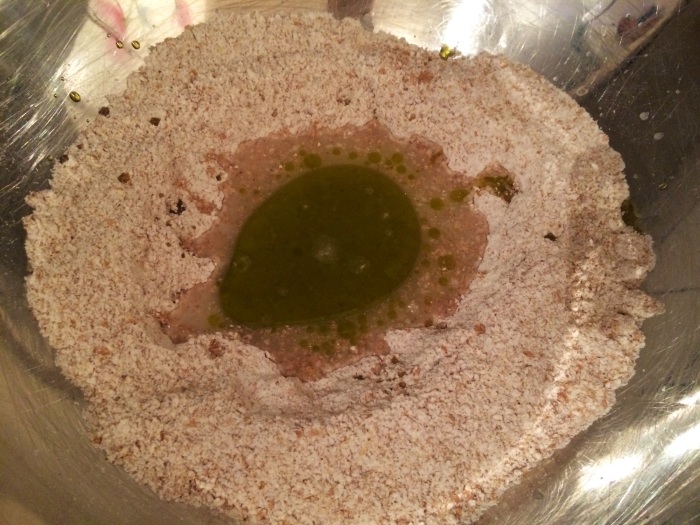 That was mixed with more olive oil into a dough.. 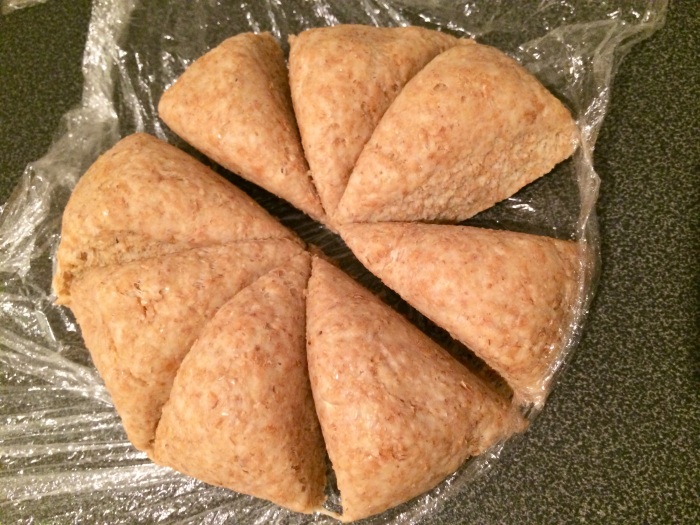 Cut up and cooked on the flat iron pan.. Like rotis I suppose..

And at last we can get to the mutton chops! 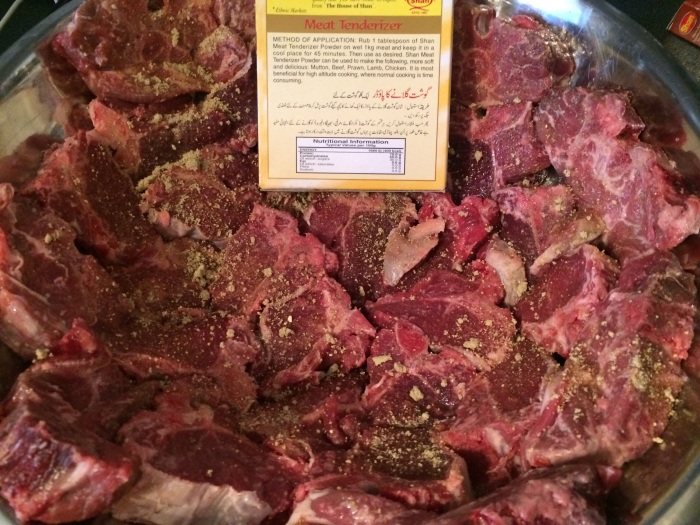 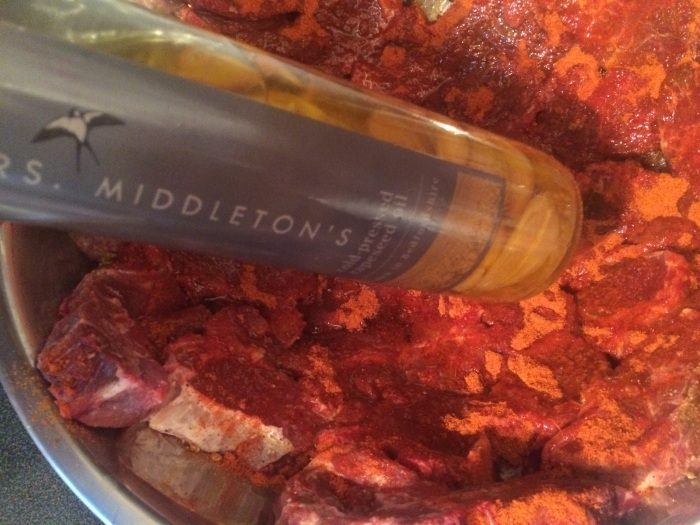 Before adding a packet of the Shan families tikka powder.. Great stuff that and all natural..

Ummm I think I bought too many chops.. I get excited like that… It means we will be eating them again.. Maybe twice again.. Maybe more..

Grilled as now the sun has set and there is not enough light for BBQ .. 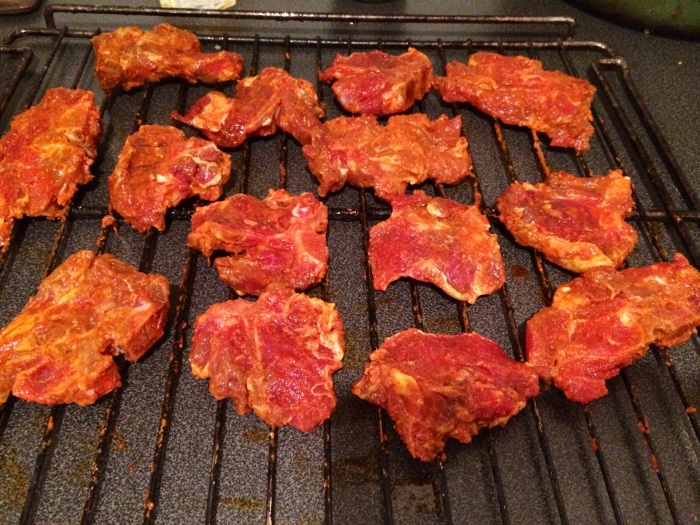 All the dishes served up on the little kitchen table.. 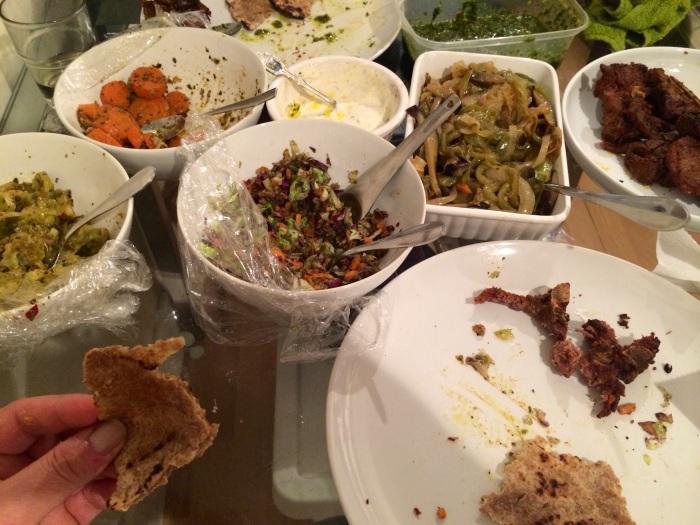 Oh !! And with some plain organic yoghurt pimped up with Lebanese seven spice and mrs Middletons Lebanese herb oil and Himalayan pink salt.. 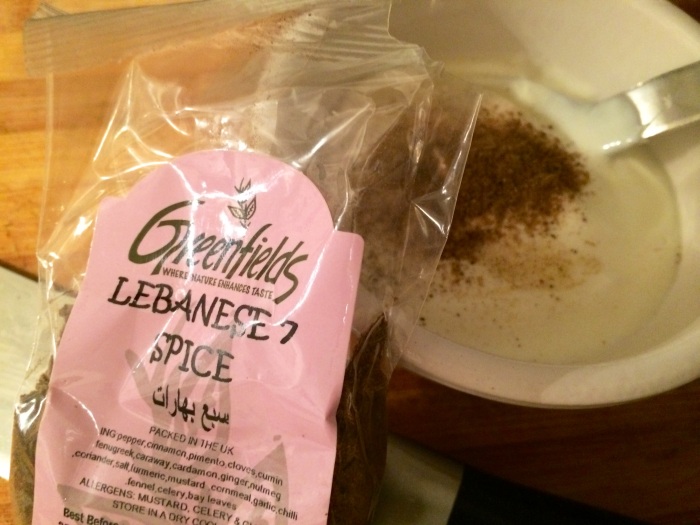 It was delicious!! The Algerian salad being a favourite for me.. 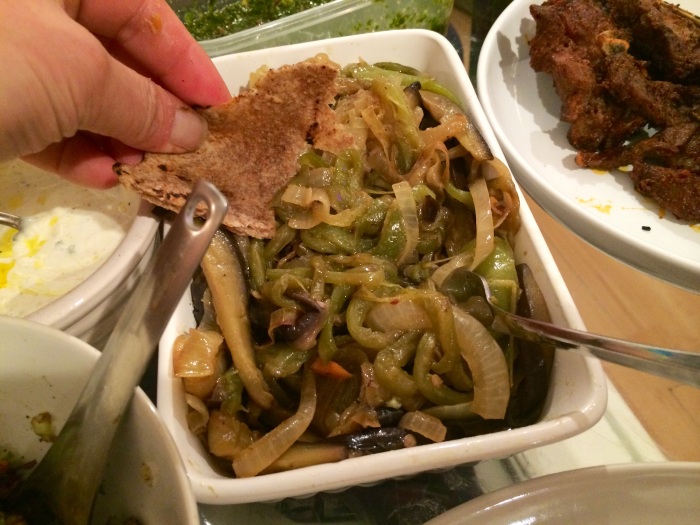 It would make a delicious vegetarian/vegan dish though.. 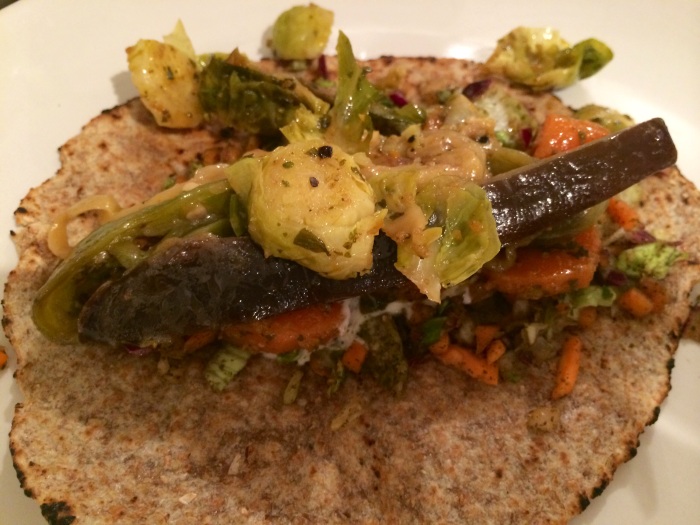 And tea and cakes to finish off.. 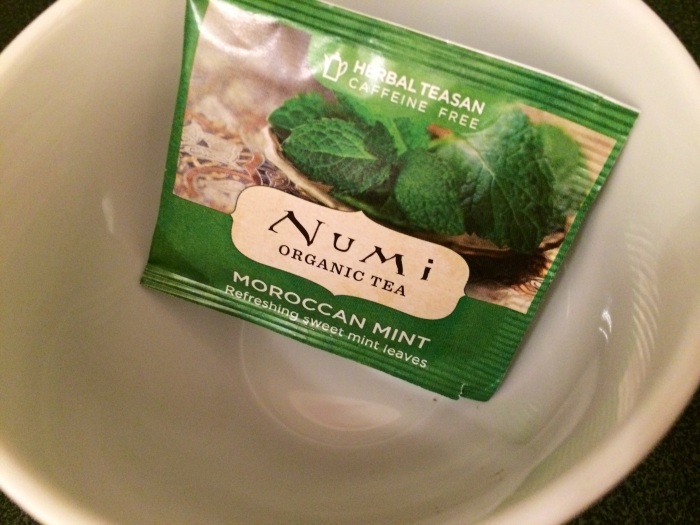 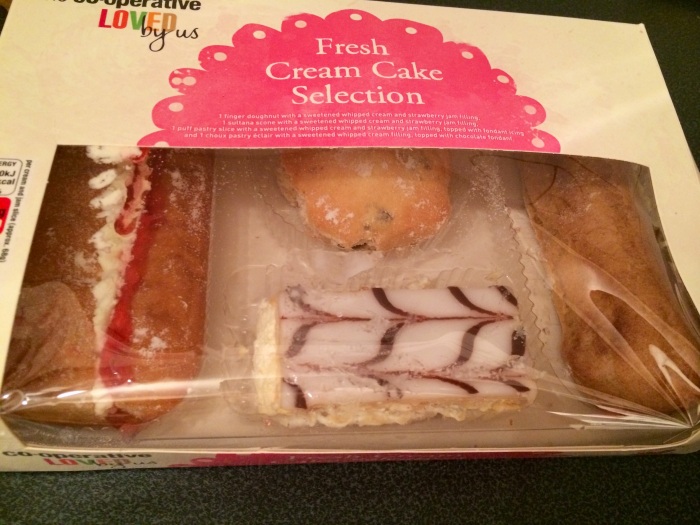 Like Loading...
‹ Laab or is it namtok? (spicy noodles with veal)
Mutton chop curry and failed naan ›